Our dining room overlooks Cardigan Bay and retains its Victorian charm, while our lounge offers a peaceful atmosphere. Our conservatory bar offers a wide range of beverages including: spirits, draughts, ciders, ales and soft drinks. As well as seating area inside, there is the outdoor parasol area which allows guests to enjoy the clear air and stunning views of the Llŷn Peninsula 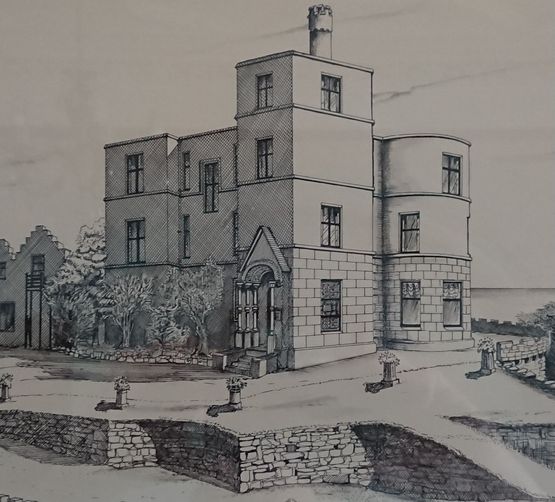 History of the Castle

Originally built in the late 1890's it still retains the elegance and style of the Victorian era, with stain glass windows, wood panelling, and highly decorated floors and ceilings, accompanied by the sound and smell of freshly felled timber burning in the hearths, and yet still offering all the comforts of the twenty first century. It is the perfect retreat for a well deserved secluded break or romantic escapade.

Ty'r Graig is a traditional Welsh name and is apt for the building as translated it means 'House on the Rock'. It stands about 200ft above Barmouth, overlooking Cardigan Bay, across which can be seen the Llyn peninsula and Bardsey Island.
The building was completed in 1892 as a family home for WW Greener the famous Birmingham gunsmith in the gothic style that was popular at the time. Its unique shape was chosen by Mr Greener himself. It resembles both a castle - in fact he oftened referred to it as his 'beloved castle' - and an open double-barrelled shotgun when viewed from above.

Rumour has it that Mr and Mrs Greener were on holiday travelling around Wales by horse and carriage and were passing this spot when a wheel fell from their carriage. Mr Greener had to make his way back into Barmouth to find a wheelwright to repair the broken wheel, and left his wife sitting on the rocks awaiting his return. While she waited the sun began to sink down towards the mountains providing her with a spectacular view of the sunset. Upon Mr Greener's return his wife enthused over the beauty of the sunset and indicated to her husband that she would love to live here. The outcome of this was that WW Greener purchased the land and commissioned builders and architects to provide him with a country home that would reflect his standing and profession. The result is the building that you see today.

During the Second World War, Ty’r Graig Castle was commissioned as a quartermaster’s store by the army. 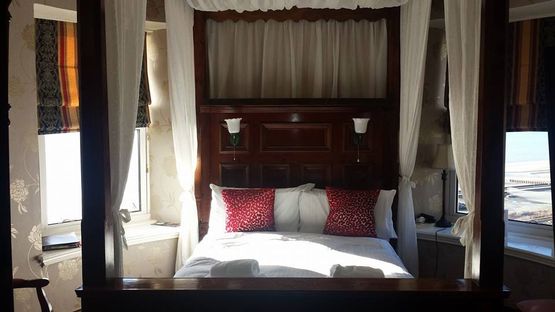 Looking for Room Space to hire?

From weddings, to conferences, we have 2 rooms- The Greener room and The Castel room that can be hired.

Let us know what you are after and we will endeavour to cater for your needs.

Interested in the excellent facilities at Ty’r Graig Castle? Contact our guest house to make a booking.